The single stem crop of week 17 planted trachelium has now been completely harvested and the crop has been cut back to see if there is time to produce a second flush.  The week 17 pinched crop has just started to be harvested. 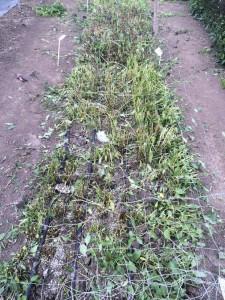 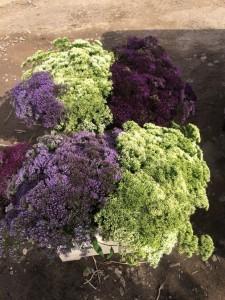 The alternative boxed lily media trial continues to show significant visual differences.  It would appear that any rate of AD above 60% is detrimental to the crop, Coir (right hand photo) is performing better than standard lily peat but a mixture of Coir and AD is causing stunting and chlorosis in the crop (left hand photo).  Once harvested, stems from all treatments will be assessed for quality, weight and length. 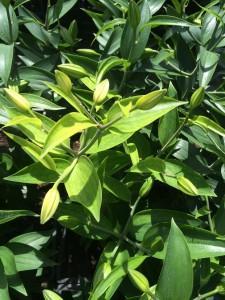 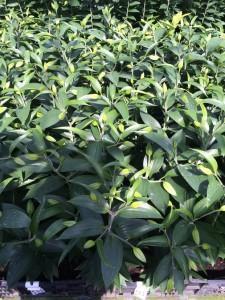 Most of the first sowing of  seed raised fillers have now been harvested but the later tunnel grown crop is still showing some strange symptoms such as stunted or chlorotic growth.  I am wondering if some of the herbicides used on the lilies last year are giving us some residual problems. 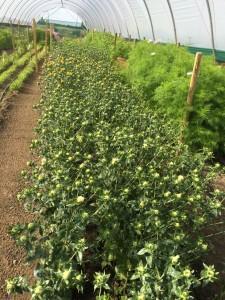